So nice you have to say it twice

Whether you’re sedentary or an adrenalin junkie, a trip to the little-known village of Haga Haga on the Wild Coast could be just the break you’re looking for.

Have you heard the story about the tractor, the cattle dip and the naked farmer? It’s just one of the recollections in a book about the Eastern Cape coastal village of Haga Haga, whose residents love it so much that they’ve compiled over 400 pages of memories, photographs and drawings.

Nestling about 70km north of East London – and saved from tourism excess by a stretch of formerly bone-shaking gravel road  –  Haga Haga developed when up-country farmers trekked their sheep down to their coastal farms to graze during the cold inland winters. The beautiful beaches and abundant fishing led to it becoming a permanent holiday site, with families transporting their supplies on heavily-laden ox-wagons.

While the name’s origins still generate lively debate in the hotel bar, most agree that Haga’s name is derived from the Xhosa word haka, ‘to hook on’ .  It’s said that, when crossing the sandy river mouth with ox wagons, one span of oxen would be unhooked from a wagon on the beach and linked to the other team for extra pulling power.

Nowadays, bakkies with dogs and surfboards have replaced the ox-wagons, while electric lights have taken the place of temperamental gas and paraffin lamps.

What hasn’t changed much, however, is the natural beauty of this coastal strip between the Nyarha and Quko rivers. Rolling hills covered with indigenous bush, grass and wild flowers slope down to the shoreline which is dotted with mounds of colourful shells.  Children still crouch at the edges of the rock pools, fixated on the sight of red anemones and little darting fish, while burly anglers discuss kob, bream and pignose grunters.

Haga gained conservancy status in 1996 to help sustain its natural treasures, and its easy to see why this was approved. Early risers heading for a surf might spot clawless otters near the lagoon, feeding on  crabs, fish or frogs, while tiny blue duiker have been seen in coastal and inland forests.

Most of the locals are keen birders and have listed over 240 birds including narina trogons, forest weavers and woodpeckers. Southern right and humpback whales are visible from the hillside trails (and even the upstairs section of the tennis club) while pods of dolphins frolic in the waves all year round.

Local resident and co-compiler of a book on the village, Mike Thompson, has spent many hours researching and photographing local wild flowers.  He says at least 300 species of indigenous wild flowers have been identified, including the bulbous orange scadoxus membraneceus and wild orchid eulophia streptopetala.

It’s a village where the local residents have been involved in everything from revamping the old hall to planting trees and planning walking trails.

One of the most active community members is former legal secretary Elizabeth “Betty-Lou” Brown, whose family has been coming to Haga for over 80 years. Betty-Lou and her banker husband Peter (the couple compiled the Haga Haga book with assistance from Mike Thompson) bought their home, Dolphin View, in 1978. “A double storey with only an outside staircase running up the side of the house to the kitchen door – the builder was used to just climbing up the scaffolding every day!” she recalls.

Dolphin View, she showed me, is the start of the Lagoon Lookout walk, taking you up the hill to a bench from which you can survey the main beach and lagoon. Other trails include the three kilometre Krantz Flower walk from the village to spectacular Pullen’s Bay. (Check the tide before setting off, as water can sweep up to the cliffside path). Visitors also enjoy scanning for ships and whales from the Whale Point walk, or taking the inland Otter Creek trail which ends near the entrance to Ninky Noo’s pub. Which takes me back to the cattle dip tale.

The late Neil Arnold, affectionately known as Ninky Noo, spurned corporate life and developed    family property at Pullen’s Bay into Club Wild Coast accommodation and outdoor activities. This included the golf course and its club house, which morphed into Ninky-Noo’s pub and grill.

Neil’s son Mike recalls in the book how Neil was driving a tractor near the pub on a particularly hot day and decided to cool down in an old cattle dip built by his great-grandfather. Splashing in the water, he decided the dip would be a novel attraction for guests.

“The Moo@Ninky Noo” has been going for 11 years and has become quite a phenomenon,” says Mike in his recollections. “Thousands of Moo shirts have left the bar and some have even been spotted in pubs as far as Dublin and England.”

The idea to collect such stories from the local families originated with resident Phillip Connellan in 2011, said Betty-Lou. “We thought it was a project worth pursuing, before the present oldies forgot what their parents and grandparents had told them of days gone by.”

In the words of contributor Allan Chapman, the stories “raise a smile or an eyebrow or both”. Subjects range from an uncle who enjoyed dressing up as a belly dancer, to fishing exploits.  There are memories of catching fireflies in old Consol jars; bedrooms had china or enamel jugs and wash basins; and the long drop lavatories often had the best views of all.

Paddy Thompson recalls an old truck transporting Midget the jersey cow, her lucerne bales, crates of fowls and the odd sheep to the family cottage.

Homes still have names like Stumble Inn, Stagger Out and Had Enuff, and Bruce Trollope tells how his father Brian (Rusty) Trollope bought a house for £2500 and named it Camp David. He used to say: “If the president of the USA can have a holiday home called Camp David, then so can I.”

Much of Haga’s history can be discovered in The Little Museum, which volunteers set up in an unused section of the village hall. (It also houses an excellent library run for years by Gill Rensburg). That old building opened in 1930, after residents donated funds and Harold Arnold undertook the building as his contribution. You can still see where his youngest daughter, Molly, had her feet pressed into a section of damp concrete.

After viewing some of the museum finds, treasure hunters might be inspired to search for their own booty. Rare quartz carnelian beads and fragments of 16th century Ming dynasty china can be found near Black Rock, a high promontory with magnificent coastline views.

Whether you’ve spent the day belly-boarding or fishing, an ideal place to share your exploits is the local hotel. It’s been in the Chemaly family for 40  years, and you can hear and smell the sea from your bed.

A more recent accommodation offering is the Mariestate hotel and spa a few kilometres from the village. It offers, a restaurant and game viewing, while children can learn survival skills and traditional Xhosa games and crafts, such as beadwork and making clay animals.

A welcoming, unpretentious spot is Oppieplaas pub and restaurant on nearby Mtwentwe farm.  It’s a wonderful place to take children who can view geese, sheep and other animals while enjoying their meal. The farm also offers self-catering accommodation and camping facilities and is a popular wedding venue.

Reference: Haga Haga Jewel of the East Coast Peter and Betty-Lou Brown and Mike Thompson. To order a copy email Betty-Lou and Peter Brown at pbrown1@mweb.co.za or Mike Thompson at mathaga@lantic.net. 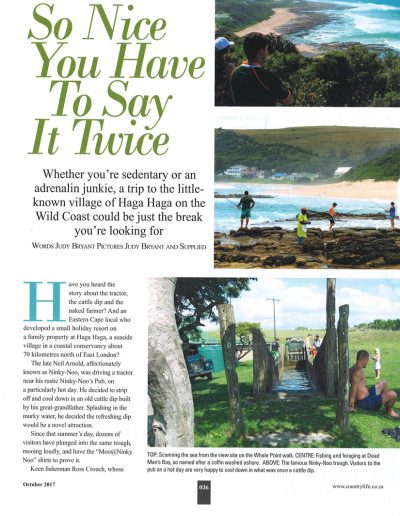 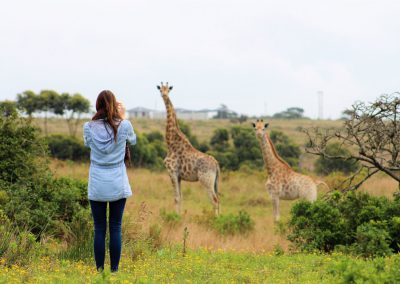 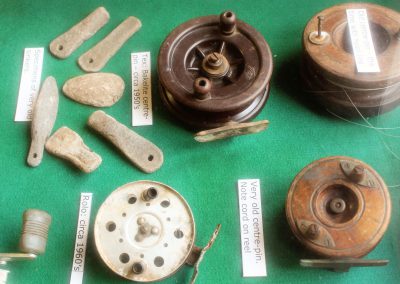 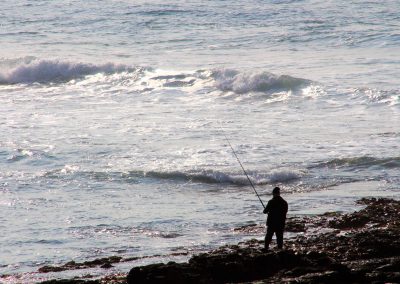 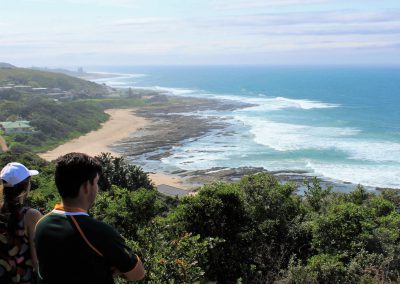 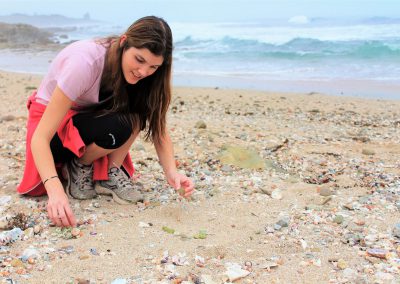 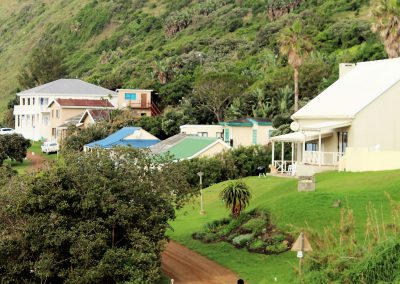 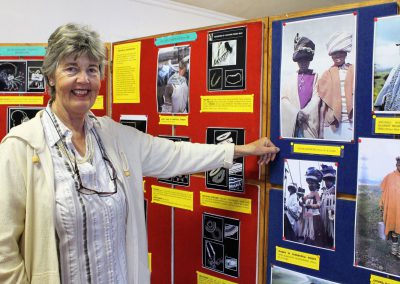 ← Bella Barcelona Coast with the most →
View full list of articles